Terence Austin has always worked around food. Brought up on a farm in Taumarunui, Austin spent most of his days working hands-on, then helping his Nana provide food for the farm staff. Today, Austin has been in the food industry for over 30 years working everywhere from fine dining restaurants and resorts to starting his own catering company.

“I was going to go into the Armed Forces for my chef’s degree but decided to go to Tech in Hamilton instead where I could work at THC Wairakei in Taupo,” explained Austin.

“This gave me the training I wanted under international chefs from France, Switzerland, England and Germany. It gave me the grounding I needed to succeed in this business.”

In 2008 Austin visited his grandfather in a retirement village and was told the only thing he looked forward to each day was a beer, and that the food was terrible.

“I made him a promise to get involved in the retirement sector to help improve the food and foodservice,” expressed Austin. 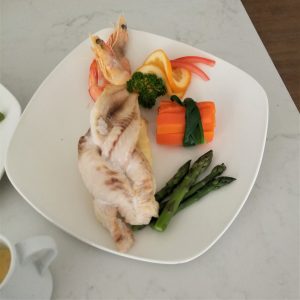 Since then Austin has worked in several retirement and aged care facilities including Ranfurly Village in Three Kings, Auckland where, in 2014, the team won the award for Best Retirement Village for Food Service in New Zealand.

In 2015 Austin set himself up as a food consultant and travelled around the country working with retirement companies and facilities to identify areas of improvement in the food sector and helping to upskill chefs and cooks to provide better quality food. In 2016 he was involved in the initial setup and design for Rawhiti Estate in Remuera where Austin still works while continuing to provide consultancy work for other facilities.

Work starts at 6am for Austin with daily fresh baking and overseeing staff and the menu throughout the day.

“Daily interaction with other management and residents is an area I enjoy. There is also a level of bookwork to ensure you are providing quality food in a safe environment.”

When setting up a menu for a retirement or aged care facility Austin takes into consideration the season and sets about to balance a variety of meals cooked using different methods. Variety and choice are key to a successful menu residents can enjoy. 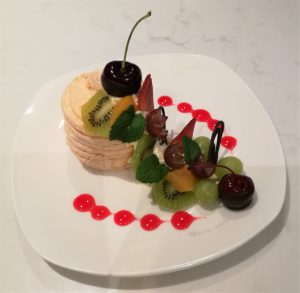 “What you do is introduce meals that are both light and heavy and also include both hot items and cold,” explained Austin.

“My menus would generally have a choice of three hot items and two cold items. For desserts, I would have a choice of four to five items. What works really well, for example, is a trolley set up with a variety of desserts with the trolley wheeled around the dining area. This gives the residents the opportunity to choose which dessert they would like.”

How the menu is presented to residents is also important to Austin.

“If you write the menu in a descriptive, restaurant-style it gives the residents a better understanding of the meal they are ordering. So rather than just having a name like Glazed Fish, you would have a full description as to how the fish is cooked, if there is a sauce served with it, what the starch is, and accompanying vegetables. What is then very important is that the dish is presented how it is described.”

Austin has found that if a dish is presented well, even a simple meal such as a casserole can be thoroughly enjoyed.

In the past, Austin noted, emphasis was placed on independent living getting great food and hospital and rest homes getting what he would consider second rate food. 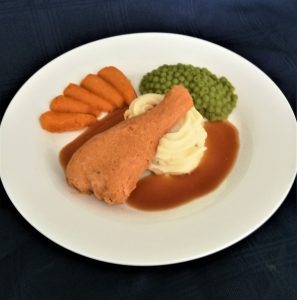 “There is no reason the meals provided to both areas shouldn’t be the same quality. It was important to me to show facilities how to create good looking and tasting meals.”

Today, several systems have been implemented in facilities as residents grow in awareness and their expectations are raised. Where Austin works differently from other facilities is that he designs his menu and then has it signed off by a dietician.

“This enables me to be more creative and provide the number of choices I put onto a menu.”

For those just beginning their hospitality or culinary careers, Austin’s advice is to learn as much as you can to find what part of hospitality fits best. He noted that there is a real opportunity for growth in the retirement sector where, with the right training and backup from the facility, a chef can train to be an all-rounder.

“You become acquainted with all facets of food including cooking meats and vegetables in a variety of ways, roasts, grillwork, frying, salads, desserts. Typically, in a restaurant, you would specialise in one field like grill, cold larder, dessert section, and have repetition.”

Seeing the residents enjoying the food he has created, as well as having their families know they are in a facility that cares about them is the most rewarding part of the job, according to Austin. He also loves sharing his knowledge and seeing results when staff take ownership and run with what they have been shown.

Austin would like to get facilities on a level playing field to raise the bar on the quality of meals produced in the retirement sector.

“I want to share as much as I can, including the displaying of texture modified meals which is an area I have a passion for.” 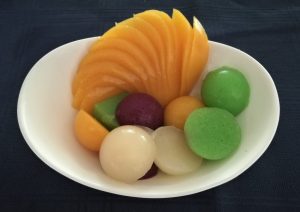 It is also important for Austin to balance his work with family time.

“Spending time in my garage with my cars is always a good way for me to relax,” concluded Austen, whose grandfather would surely be very proud of the promise Austin made and has kept to improve the dining experience for those in retirement and aged care facilities.