Ryman Healthcare is the first organisation in New Zealand to trial a recently developed falls detection system – using artificial intelligence to detect retirement village residents who may have tripped and fallen.

Ryman has teamed up with an Israeli company Vayyar – reviewing its hi-tech equipment aimed at efficiently detecting retirement village residents who may have lost their footing and fallen.

Ryman’s innovation team is testing if the system, designed to be smart enough to know if a fall has happened, works within the retirement village resident’s home. Being able to quickly identify and find help when a resident may have fallen will result in a stronger level of care. The initial test project has already picked up results at the host Diana Isaac Retirement Village in Christchurch. 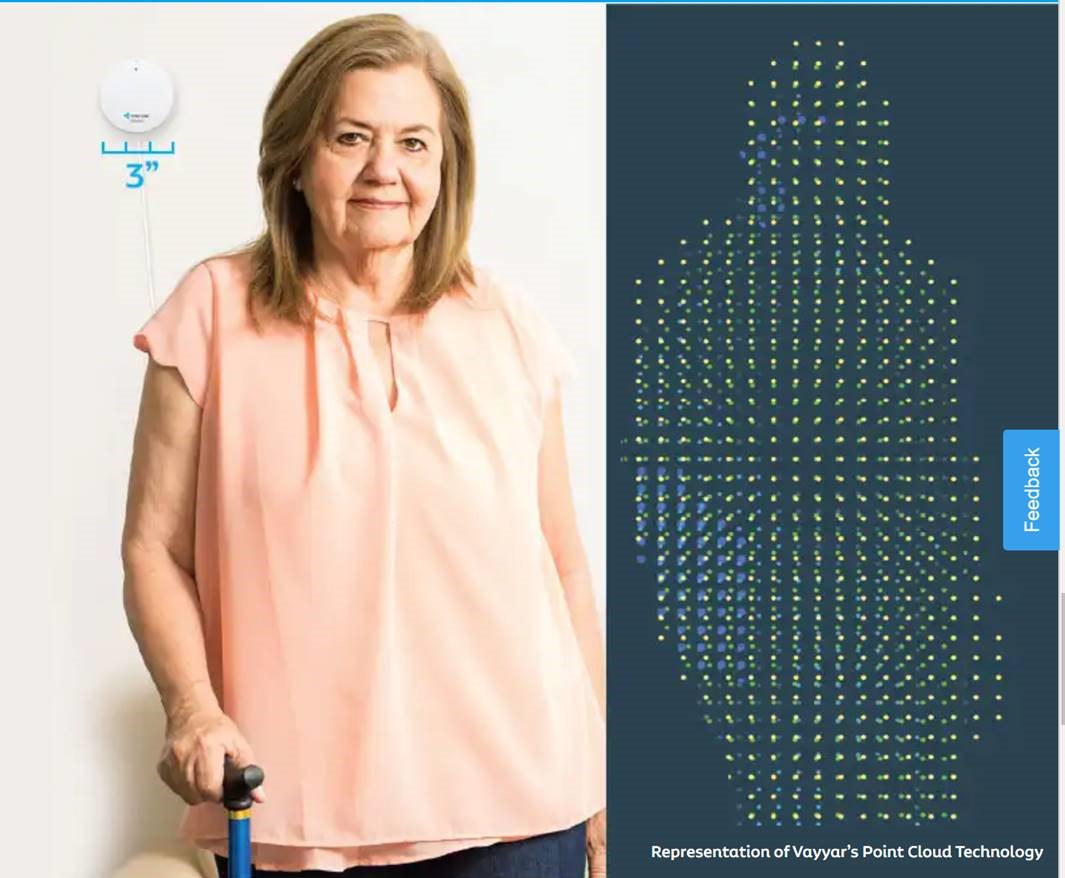 The new self-activating technology, based on a small ceiling-mounted unit (similar in size to a domestic smoke detector), uses the latest in radio frequency technology to monitor and detect falls passively 24/7 without the need for residents to wear bracelets. The 4D imaging system does not use cameras, therefore creating no privacy issues in the residents’ rooms it is placed.

The system has already alerted the team, at Diana Isaac village in Mairehau, to some falls by Ryman residents. Falls are a significant health risk especially for those aged 65+.

“It can say whether someone is present in the room, or whether they have fallen over in the room (in which case) it can then send us an alert,” said Wright.

“It can do falls detection and basically alerts staff without residents having to wear a pendant or alarm watch in their home.”

A message can be sent to Ryman staff workstations or phones through email or by text.

Anna Scott, Clinical Manager at Diana Isaac village said the Vayyar system has quickly alerted staff to falls, in the areas it has been trialled.

"Vayyar system has been trialled for some months. Upon installation, the devices need to be calibrated and information on the environment added in. The dimensions of a resident’s room and the location of furniture, including the bed, can be included," said Wright.

Ryman is also interested to see if the device can monitor movement by a resident from one room to another.

“It’s an interesting technology. It has a lot to offer which we are just starting to understand."

"How such falls detection technology would fit into the existing suite of Ryman care products for residents, needs to be considered," Wright added.

The Ryman Technology team had been proactive in seeking out new technology. The Diana Isaac test began on 23 June 2021. Ryman’s innovation team has partnered with Australian-based distributor and technical support company Livius, to help set up the test locations.

The calibration of the detection system has been a learning process. Depending on the mobility and assessed fall risk of the resident, sensitivities need to be calibrated to account for their daily routines.

“On occasions, alerts have been picked up, when residents were in a wheelchair, on a shower stool or in a reclining ‘lazy boy’ chair,” Wright concluded.

During the trial, Ryman is emphasising to residents and staff to maintain their usual habits and to keep using other care and alert systems, already set in place.

Active+, one of New Zealand’s largest multi-disciplinary rehabilitation suppliers, says that Kiwi businesses still have some way to go to meet international standards in…