An early 70s project aimed at highlighting ageism in the community ended up horrifying those who had bankrolled it so badly that it never saw the light of day.

The Lutheran Service Society of Western Pennsylvania commissioned 70s horror king, George A. Romero to create the film, but they obviously were not entirely aware of the director’s filmography which includes seminal zombie flick Night of the Living Dead, Season of the Witch and The Crazies.

After deeming it too gruesome and disturbing, the Society simply decided to cut their losses, their brush with Hollywood a disaster.

This crazy curio, once thought lost until two badly faded 16mm prints were discovered in 2017, has now been lovingly restored and, almost 50 years after it was shot, The Amusement Park still has a relevance and unnerving impact on the viewer today.

The film aims to illustrate some of the many problems elderly people face on a daily basis, including loneliness, improper nutrition, inadequate housing, transportation and access to medical care, and the lack of compassion felt from younger members of society. 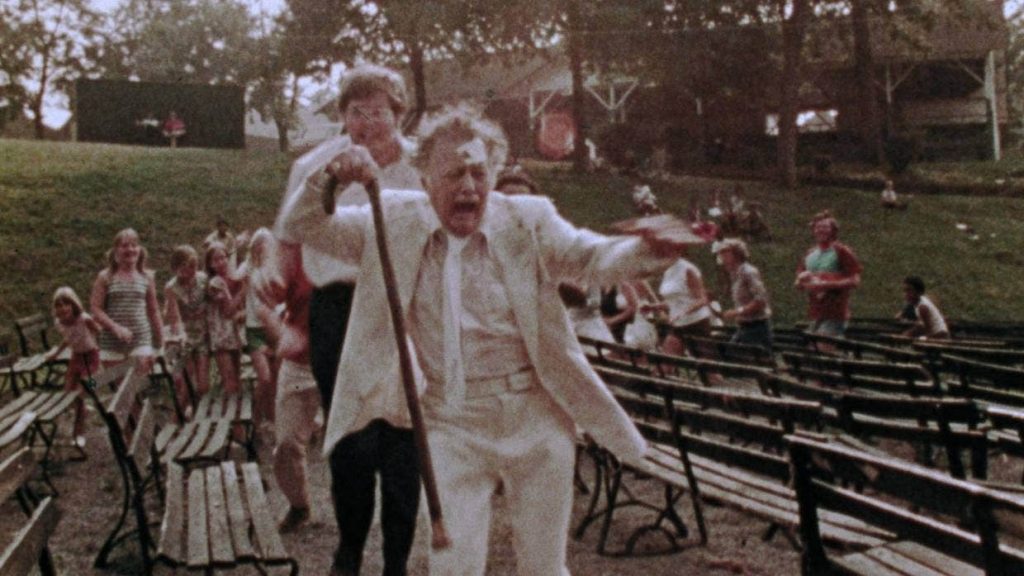 “We ask for your sympathy as you watch and hope you have concerned interest enough to take action,” the protagonist, Maazel intones, before viewers are transported to a sterile white room where his initially ebullient character, dressed in white from head-to-toe, encounters a battered, bruised and broken version of himself.

Despite a warning that there’s nothing for him outside, the unbloodied “younger” man follows the sound of screams out into the busy amusement park.

After witnessing a dodgem-car “accident” that was clearly the result of a younger person’s inattention and seeing older guests being ignored by staff and struggling with their luggage, Maazel begins to feel more and more uneasy in his surroundings.

The Amusement Park is one-part public service announcement to two parts Twilight Zone episode and offers an intriguing meditation on mental health and the nature of fear.

If some of the scenarios feel a little obvious, they still drive home their point in chilling ways, and viewed almost half-a-century later, it’s fascinating to see the same concerns and generational tensions as today, albeit with the now much-maligned baby boomers presented in their prime as boorish, uncaring, privileged youth.

This movie is a fascinating time capsule that fully deserved to be unearthed. You can stream it now on Youtube’s platform Shudder.

Whether you’re a hospital or a village, happy hour is a great way to provide entertainment for an hour and presents an excellent opportunity…