The idea for a fun fitness activity came about when the gym at Crestwood first opened. Resident Chris Soulje looked for a fun fitness challenge that everyone could participate in to help get them enthused about using the new addition to the village.

"We looked for inspiration and ideas online and came across other gyms that had set the task of clocking up the kilometres.

"We thought we could combine this with a virtual tour around the world in pursuit of creating a "new form of travel" in the current climate.

Each destination gives a tangible target and a goal to reach and, of course, a reward at the finish line as residents celebrate arriving at each destination.

"We hope to keep this as an ongoing activity. It's a big wide world out there, and we intend on travelling as much of it as we can, in the form of kilometres of course.

"I hope we can go around the world a few times; we'll just have to take a different route next time."

For each destination, an authentic menu is created, highlighting foods from that particular country. Recently the goal was Omsk in Russia, so the residents celebrated with vodka and caviar.

Previously the route took in Paris, so on arrival, residents were treated to French pastries and cheeses, then onto Mexico for tacos and tequila. In New York, it was classic pizza and hotdogs.

While they might not have a tv virtually mapping the journey in front of them as they cycle, there is a lovely picture window. As a group, they have plenty of drive and imagination to keep them going as they work out and onto the next exciting destination.

With 20 – 25 regular members who keep the travel dream alive, team morale is high each week. 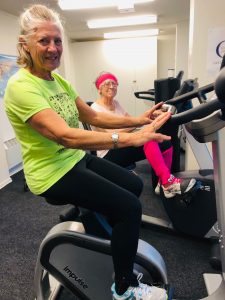 Some of the residents participating in virtual tour. 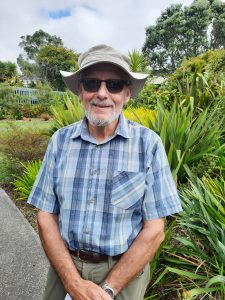 The Chief Ombudsman has said that his independent inspections of privately run aged care facilities offer some valuable lessons for the sector. Peter Boshier’s…