The first-ever New Zealand Hospitality Summit, scheduled for 7-9 September, is attracting huge interest from within the sector.

The Summit will feature the best both organisations have to offer. It’s designed as both a showcase for owners, venue managers, accommodation providers, employees, chefs, and those who supply and purchase hospitality supplies, and a chance to re-set how the industry will evolve to thrive into the future. It’s open to everyone in the industry. 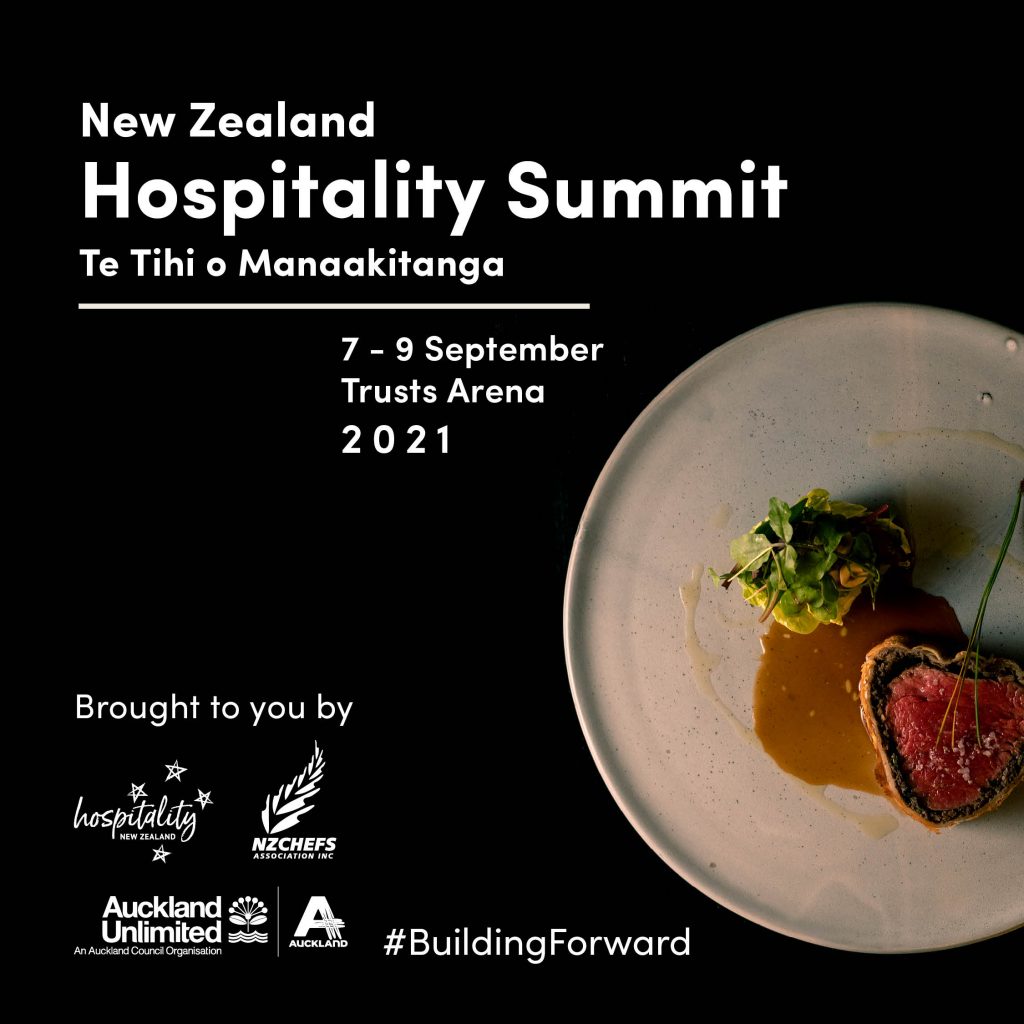 Along with the trade show that will display the latest innovation in the industry, the features include dedicated hospitality and accommodation think tanks with guest speakers, education and training seminars, a demonstration kitchen, the NZ Hospitality Championships (featuring both cookery and a range of service elements), a networking lounge, and the announcement of the Hospitality Awards for Excellence.

“This was planned as an opportunity for the industry to build forward as it looks to re-set, and the interest from exhibitors has so far exceeded our expectations,” noted White.

“There are still places available, but I would advise anyone thinking about exhibiting to move soon or risk being disappointed.”

The summit, which will be held in Auckland, will cumulate in the 24th annual Hospitality Awards for Excellence, which will be announced at a black-tie dinner on the last night. A record number of venues have been announced as finalists.

To check out the finalists and for information on taking part in the trade show, visit hospitality.org.nz/s/summit

Minister Chris Hipkins has announced that the whole country will move to the Orange Traffic Light setting at 11.59pm tonight (Tuesday 13 April). “Fewer…